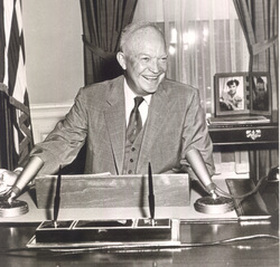 Because of this partnership, each year several thousand students are able to participate in the People to People Movement.

PTPI Programs enable you to meet and form friendships with people around the world, to support humanitarian projects that make a difference in the lives of others, and to learn more about the world's diverse countries and cultures. We are excited that you are a part of our PTPI global family!

The purpose of People to People International is to enhance international understanding and friendship through educational, cultural and humanitarian activities involving the exchange of ideas and experiences directly among peoples of different countries and diverse cultures.

People to People International is dedicated to enhancing cross-cultural communication within each community, and across communities and nations. Tolerance and mutual understanding are central themes. While not a partisan or political institution, PTPI supports the basic values and goals of its founder, President Dwight D. Eisenhower.

Among the early leaders working with President Eisenhower were J. C. Hall, the founder of Hallmark Cards, Inc., Walt Disney, Bob Hope and approximately 100 other remarkable individuals from industry, academia, and the arts. The late Charles M. Schulz, creator of the Peanuts comic strip, generously contributed three pieces of artwork for PTPI Worldwide Conferences. The organization has reaped benefits from the talents of countless individuals who have supported the ideals set forth by President Eisenhower. Today, President Eisenhower's granddaughter, Mary, serves as President and Chief Executive Officer.

I have long believed, as have many before me, that peaceful relations between nations requires understanding and mutual respect between individuals. President Dwight D. Eisenhower,
Founder of People to People International